In 2012, IBM announced its CMOS integrated nanophotonics technology [1,2]. By adding a few processing modules to a high-performance 90-nm CMOS fabrication line, a variety of silicon nanophotonics components such as wavelength division multiplexers (WDM), modulators, and detectors can be integrated side-by-side with CMOS electrical circuitry. As a result, single-chip optical communications transceivers can be manufactured in a conventional semiconductor foundry [3], providing significant cost reduction over traditional approaches.

For integrated nanophotonics technology, IBM provides a library of predesigned and verified optical components. The team at the IBM Research – Zurich Lab contributes to this library with designs for wavelength division multiplexing filters, among other things.

Figure 1. Photograph of a WDM filter. The input and outputs are labeled for use as a wavelength de-multiplexer. 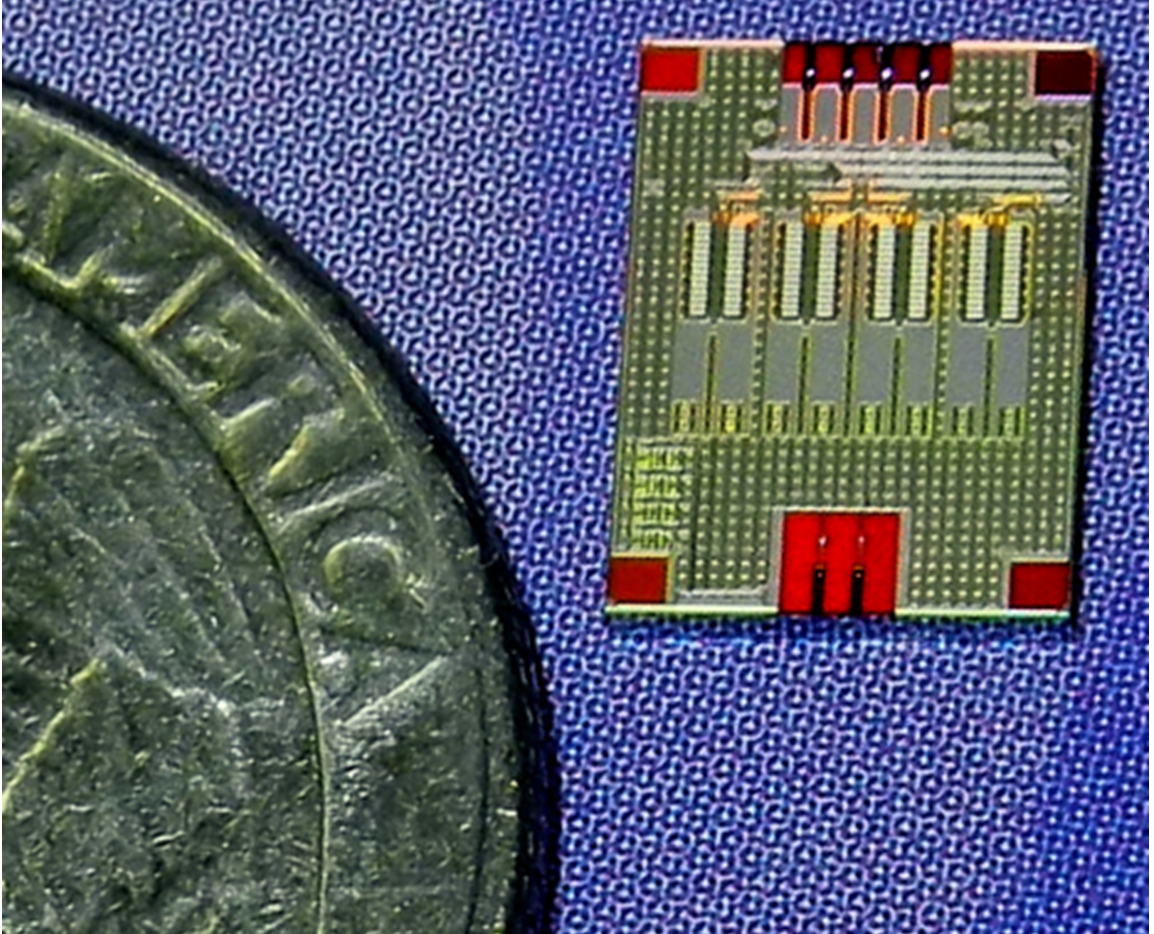 The WDM filters designed in Zurich were applied in IBM’s reference design for a 100-Gb/s coarse WDM transceiver for next-generation data centers. A die photograph of this silicon photonics chip is shown in Figure 2. In this transceiver, the WDM filters multiplex and de-multiplex four data streams of 25 Gb/s each to/from a single multi-color data link. Two transceivers then connect through a single fiber per direction at an effective data rate of 100 Gb/s per direction.